A cake, with no cheese and probably nothing to do with London. It’s that square thing with the shredded coconut top, lots of bakers in the South East have them and I’ve seen them further afield. They are one of my favourites so I had a go at them myself and can vouch for how easy they are… and they’re very yummy!

For six, you will need:

Preheat the oven to 180 degrees.

Unroll the pastry and with a rolling pin, roll a little so you stretch it just past the paper it’s on. Cut into 12 squares, of roughly the same size: 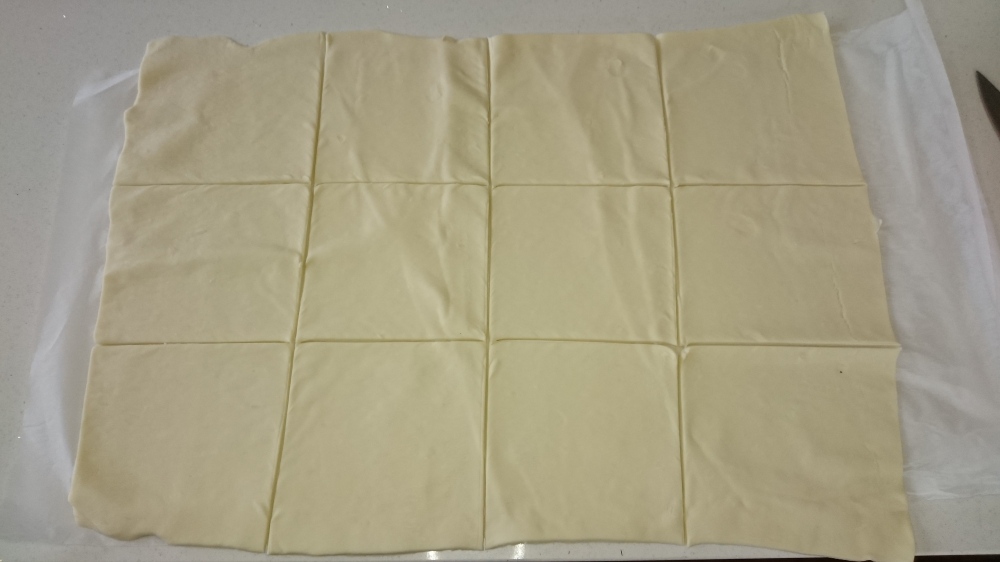 On six of the squares, put a heaped teaspoon of jam. Put a plain square on top and press down around the edges to seal. Place on greaseproof paper on a baking tray. Repeat until all done and you have six squares. Put in the oven and bake for 20 minutes.

Once done, cool on a wire rack. Then make the topping. Mix the icing sugar with 3 tablespoons of water to make a very thick paste, spoon this on top of the cooled squares. As it starts to dry, sprinkle over the coconut. Leave to set and then tuck in!